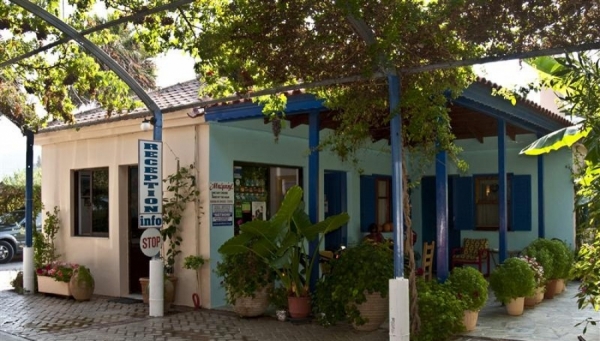 About 1975 a patch of land that grandfather Panagiotis Tsonis used to cultivate grapes led to the idea to create the campsite Loutsa.

The idea was put into action by Nikolaos Tsonis in 1980. Back then, the few foreign tourists (mainly Germans, Austrians, Italians) who were looking for untouched and unexplored areas would put up their tent wherever their way led them.

And so the idea grew, the fence came down and allowed tourists to enter and feel safe on a privately owned piece of land. At first there were only the basics: water from the well, a few fresh eggs and some vegetables from the little farm.

Later, sanitary installations and a kitchen were built and the number of tourists coming this way grew yearly. In 1980 the campsite closes and reopens officially as “Camping Loutsa” in 1992 – the buildings were those still standing today and the site was now fully licensed, offering every facility of an organized holiday enterprise.

The owner of “Camping Loutsa” is Nikolaos Tsonis – he and his family welcome and care for every guest in their warm and friendly way.